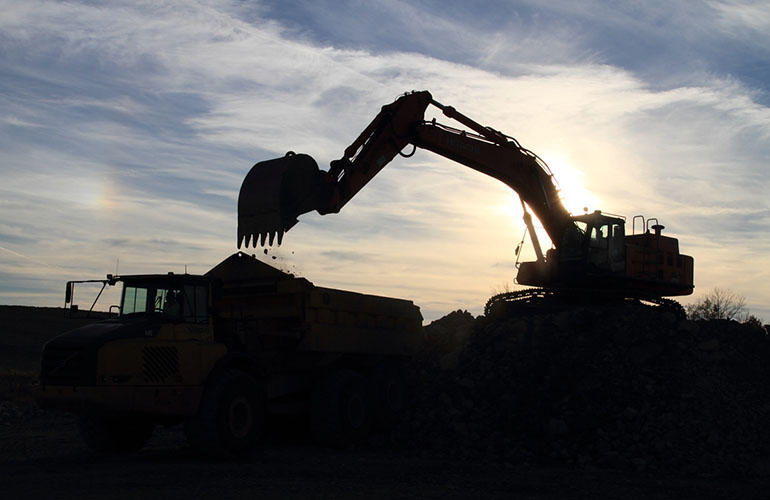 As good stewards of our environment, we strive to protect the communities where we live and work. This includes investing in remediating and repurposing historic lead sites that have shaped the state’s rich mining history.

Good earth. Early settlers used the term to reference the lead minerals easily found at or near the earth’s surface in Southeast Missouri. This led to centuries of mining in an area that later became known as the Old Lead Belt.

The abundant minerals represented income opportunities for settlers, and 100 years later assured Missouri’s place in history as home to one of the largest and purest lead ore deposits in the world. So it’s not surprising that French settlers named their settlement La Terre Bonne (“the good earth”) in 1720, which later was incorporated as the city of Bonne Terre.

Over the next three centuries, dozens of mining companies and thousands of individuals mined in St. Francois County, and their efforts played an important role in lead production from the Civil War period through World War II. By the 1970s, most lead mining had moved south to the Viburnum Trend area of Missouri.

In St. Francois and neighboring counties, mineralization occurs near the earth’s surface. In addition, mining byproducts were purchased for use as foundation fill and for agricultural purposes, further exposing the soil to small amounts of minerals.

“Our predecessor company, St. Joseph Lead Company, first purchased land in Missouri in 1864, and mined in the area for more than 100 years,” said Chris Neaville, asset development director, who oversees remediation for Doe Run. “Over the last decade, we have spent nearly $110 million to remediate former operations sites and residential soils in areas where lead in soils exceeds the threshold established by the U.S. Environmental Protection Agency (EPA).”

We, along with government agencies and community groups, continue working to address legacy issues in St. Francois County from historic mining operations of St. Joseph Lead Company and others. As a part of that effort, a contractor is sampling the yards to assess lead levels. The EPA reviews the results and determines which locations require remediation. Soil and Land Services LLC (S&L Services), along with others, is currently conducting the soil remediation efforts in the area, and in 2018 had completed remediation at 100 residential properties in St. Francois County. Read more about the yard remediation process here.

Making Room for a Transportation Hub

Along the Mississippi River in the city of Herculaneum, some 30 miles south of St. Louis, Doe Run is preparing our former smelter site for new purposes. In 2018, we safely completed demolition of the smelter facilities. Office and support buildings, as well as the casting and alloying facility, will remain to serve existing battery customers.

“I’ve lived in Herculaneum 40 years and this is the biggest change to the landscape since the 550-foot smelter stack was constructed in the 1990s,” stated Dennis Mitchell, Doe Run’s maintenance project supervisor, who oversees the remediation work at the smelter.

These changes will make Herculaneum a prime location for new development. We have a commercial port adjoining our property, rail runs through the property and we are less than two miles from Highway 55, which stretches from New Orleans to Chicago.

At the start of each workday, Dennis held a safety meeting with crews to discuss the day’s work, any particular obstacles, equipment and personnel needs, and to address any challenges.

“When preparing for big jobs, like demolition, it’s important to have a safety plan in place. We worked closely with our outside crews to ensure a safe environment,” Dennis added.

Crews used water-suppression cannons and fire hoses, sometimes creating a stream as high as 120 feet, to minimize dust during dismantling. In 2018, we recovered and recycled 12,000 tons of scrap steel and other materials. We also removed and replaced soil in the green-space areas surrounding the plant.

Modern mining practices include preparing mine closure plans well in advance of an actual mine closure. That has not always been the case, which is why we are participating in remediation efforts at the closed Block P mine in Montana – a federal Superfund site once owned by our predecessor, St. Joseph Lead Company.

Work has taken place over several years, the result of rugged terrain and short summers that provide a narrow window of opportunity in which to work. In 2018, remediation crews filled and restored areas of ground subsidence, or settling, that had occurred in the upper level of the mine. The ground settling potentially allowed surface water to infiltrate the mines, where it could pick up mineral contaminants before flowing out of the mine.

“We have seen reduced water seepage from the mine and improved water quality in the creek downstream,” said Chris. “We will continue to monitor the area and water quality, and in 2019 we will work on plugging a mine tunnel opening on the hillside.”