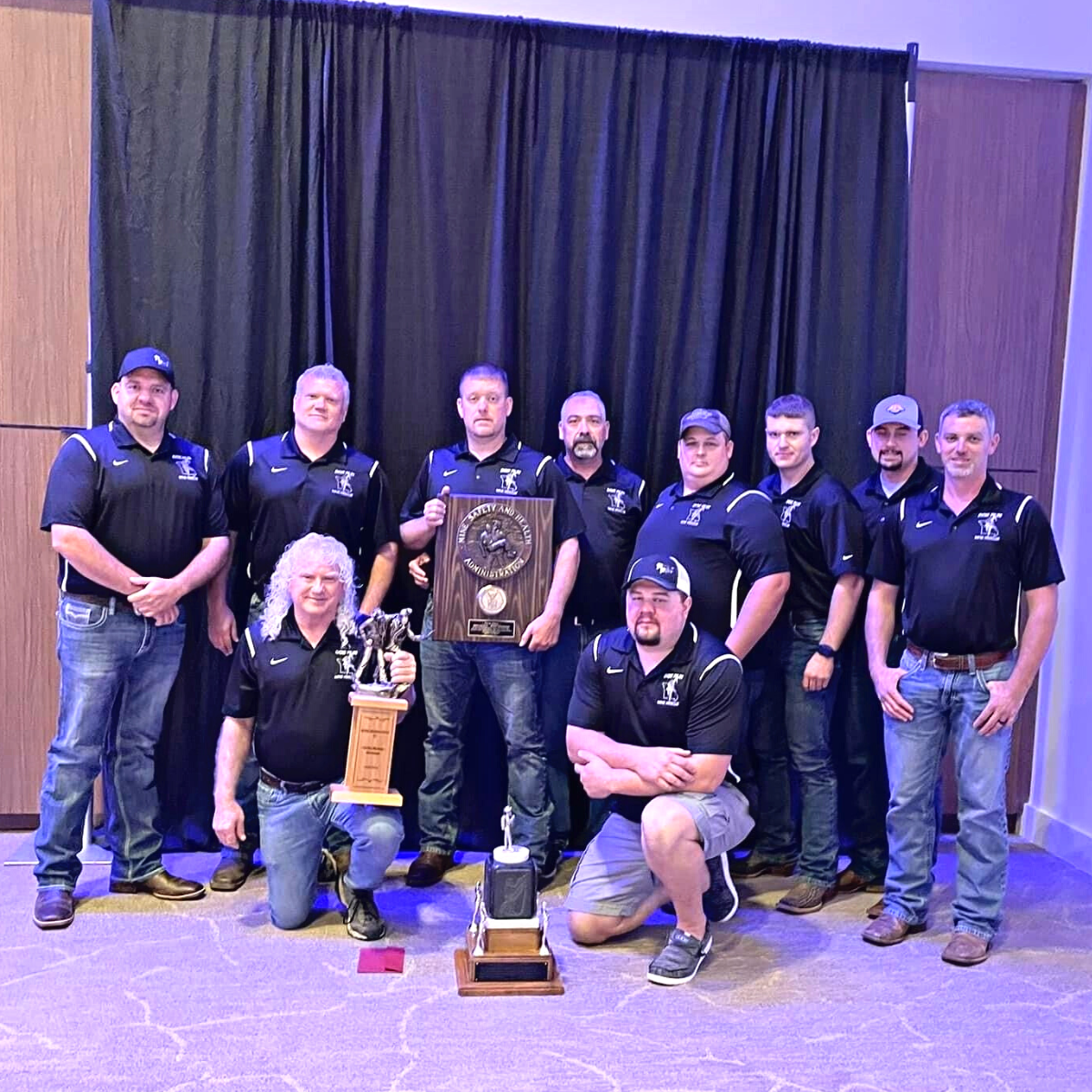 The National Mine Rescue contest was a huge success for Doe Run’s Maroon Team. This was the third national win for four of the members, including Richie Brewer, Luke Davis, Andrew Hampton and team captain and trainer Steve Setzer.

“It was a great competition. We never know what we will encounter but I know we are prepared for whatever challenging situation we may face,” said Maroon Team captain Steve Setzer.  “I’m so proud of my team. I will be retiring soon and seeing how hard they work together, I have no doubt that I’m leaving the company in safe hands.”

Doe Run’s two mine rescue teams complete eight hours of training monthly and compete in mine rescue competitions annually to keep their skills sharp. To train the new mine rescuers, the teams met once a month to practice first aid and rescue scenarios.

The competition includes multiple events, which are used to mimic a mock mine disaster, testing teams as they treat victims; simulate setting timber supports; pump water; build stoppings, seals or airlocks; and take other emergency response actions. The four timed events include: a benchman contest, which consists of one person from each team preparing a bugged breathing apparatus; a team technician event that has two members test a bugged gas detector to properly measure volume of air movement and pressure exerted on a mine seal; a first-aid contest that has three team members treating a victim(s); and the mine rescue field event, in which the entire team must respond to a mine emergency.

Both Doe Run teams competed admirably with amazing amounts of effort and tenacity,” said EHS Manager Kevin James. “Doe Run is proud of them and thankful to have such great teams holding the line in an emergency.”

In September, the Maroon Team will compete at the International Mine Rescue contest in Beckley, West Virginia.

Doe Run’s focus on safety is evident beyond mine rescue. Across the company, Doe Run employees completed more than 15,000 hours of training in 2021, including health and safety training. Several sites have gone years without a lost-time accident, including Sweetwater Mill reaching 25 consecutive years with no lost time; Brushy Creek Mill (16 years); Buick Mill (11 years); and Fletcher Mill (8 years). In addition, the Sweetwater Mine surface team has reached 18 years with no lost time.

About The Doe Run Company

Based in St. Louis, Missouri, USA, The Doe Run Company is a privately held natural resources company and a global provider of lead, copper and zinc concentrates. Dedicated to environmentally responsible mineral and metal production, Doe Run operates one of the world’s largest, single-site lead recycling centers, located in Boss, Missouri, and mines from one of the world’s largest lead mining districts, also in Missouri. The Doe Run Company and its subsidiaries deliver products and services necessary to provide power, protection and convenience. Doe Run has operations in Missouri, Washington and Arizona. For more information, visit www.doerun.com.